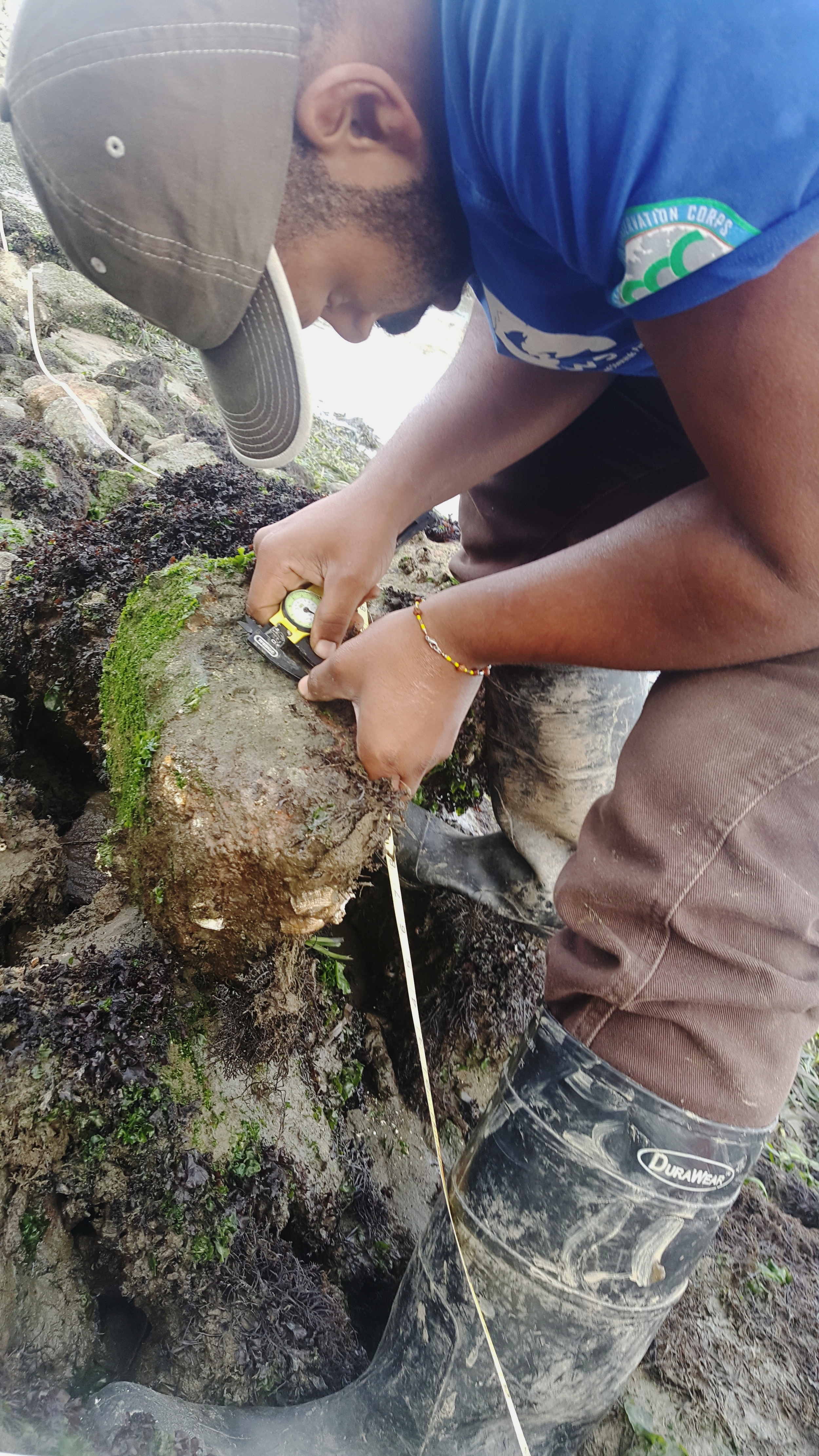 There’s a plethora of organisms that inhabit Morro Bay. The intertidal animals reside in every nook and cranny. The organism that we focused on monitoring today is the Olympia oyster (Ostrea lurida). These magnificent creatures are bivalve mollusks (an organism with compressed body between two shells) that filter feed. They are related to other organisms like clams and mussels. Olympia oysters are the only oyster native to the west coast of North America and play an important role in the ecosystem. Their population has been declining so it is essential to monitor populations to observe if they are recovering or not.

The method that was used for collecting data on the oysters was the line intercept transect method. Through this method we measured out a length of shoreline then used a quarter meter quadrat made of PVC pipe to measure specific areas along the line. The data we collected included number of live oysters found and their lengths. The oysters live on hard surfaces like larger rocks and cobble. Whenever an oyster was found, we used a caliper to measure the longest part of the oyster. The collection of this data will hopefully help us better understand the factors affecting these oysters so one day efforts can be made to increase their populations.

When I am able to do field work like oyster monitoring it brings a joy out of me that is sometimes hard to describe. There were countless things going through my mind as we moved the quadrat and we flipped over rocks in search of the oysters. To my surprise we found many different types of organisms huddled together in the smallest of crevasse. This brings me back to my childhood when I used to play in the mud in search of anything alive. Observing where the oysters were attached (usually underneath rocks) and where other animals lived was extremely fascinating. Most of these animals you would expect to see submerged underwater but it is a whole other ball game in the intertidal zone. Being able to work in areas like this brings the best out of me and I can’t wait to have an experience like that again.

I know they farm oysters in Morro Bay, but this is a different species. The native oyster.