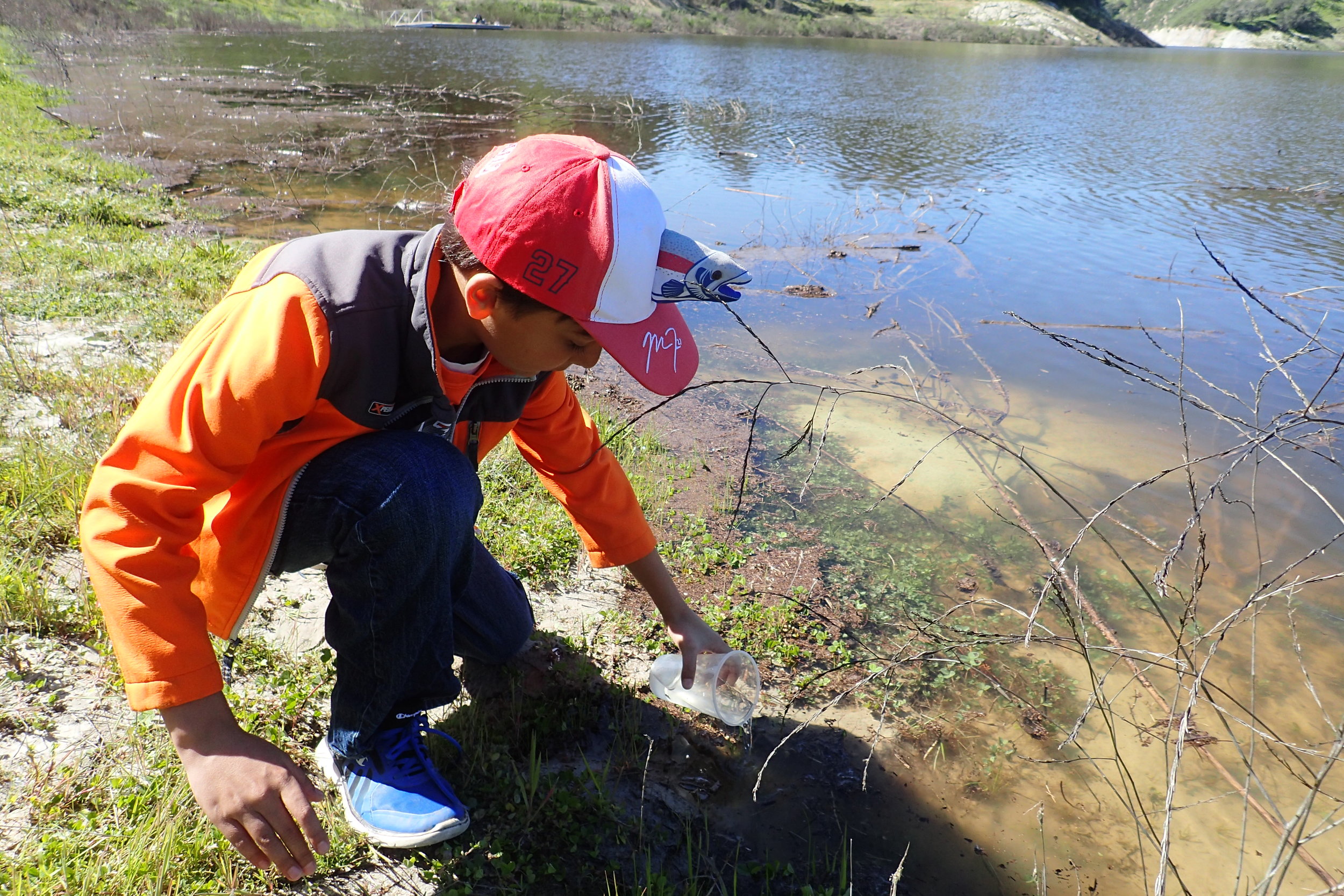 The best part of Trout in the Classroom is what happens outside of the classroom – field trips!

Last month, I took a group of students from Vista de las Cruces School to Lopez Lake, along with Watershed Education Coordinators Tosha Punches and Ellen Morris. There, we released the trout they had raised in class and participated in hands-on, outdoor activities.

After an hour and a half long bus ride, the children rushed out, full of excitement for their fun day outdoors. The activities included the trout release, a ‘found art’ station, a scavenger hunt, and a hike with the Discovering the Environment through Education and Restoration (DEER) program.

I was in charge of the ‘found art’ station, where the students found sticks, leaves, rocks, or anything else they thought looked interesting. With those materials, we created fish sculptures to commemorate the trout they had just released. Whenever we found trash on the ground, I used it as a good learning lesson to remind the students that littering is harmful to the environment and the animals that live in it, such as their trout!

The scavenger hunt we did was another great activity. The younger kids, pre-k through 4th grade, were given a list of things to find in nature, such as a bug, flower, evidence of humans, or evidence of animals. The older grades, 5th through 8th, were tasked with looking for things they could use to build a habitat for an animal. There was a lot of ‘evidence of humans’ (aka trash) on the beach, so the scavenger hunt also became a beach clean up. It was important for the kids to see how many people make poor environmental choices, and our program helps them learn to not make those same choices.

Overall, the activities went very well for all age groups. It was great to see all the students excited about learning more about the environment and the impact they have on it.