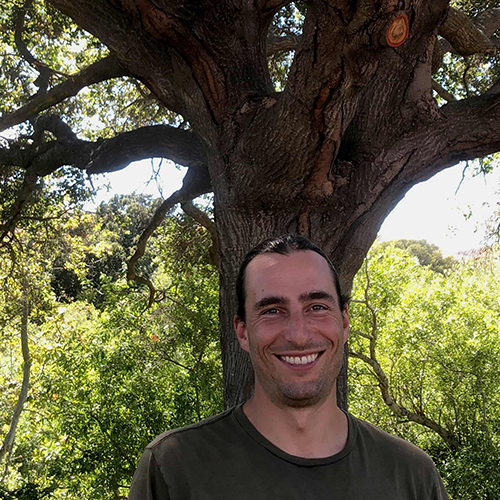 Jesse is a central coast transplant. He grew up on a farm Northwest of Chicago and spent extended winters and summers in Cayucos during elementary school and junior high. This early taste of the Coastal California Climate brought him back out West for college where he got his undergraduate degree in Sociology at the University of California Santa Barbara. After college he lived in Costa Rica for 5 years.

During his time in Central America, he worked in rural community based sustainable development and conservation and received a Master’s degree in Sustainable Development from the University of Costa Rica. He now works as a land steward for his family’s avocado farm and is developing a restoration agriculture model for Central Coast food system resilience. Jesse likes to hike, plant trees, think about systems, and research the recent human history of California – especially the past thousand years or so.