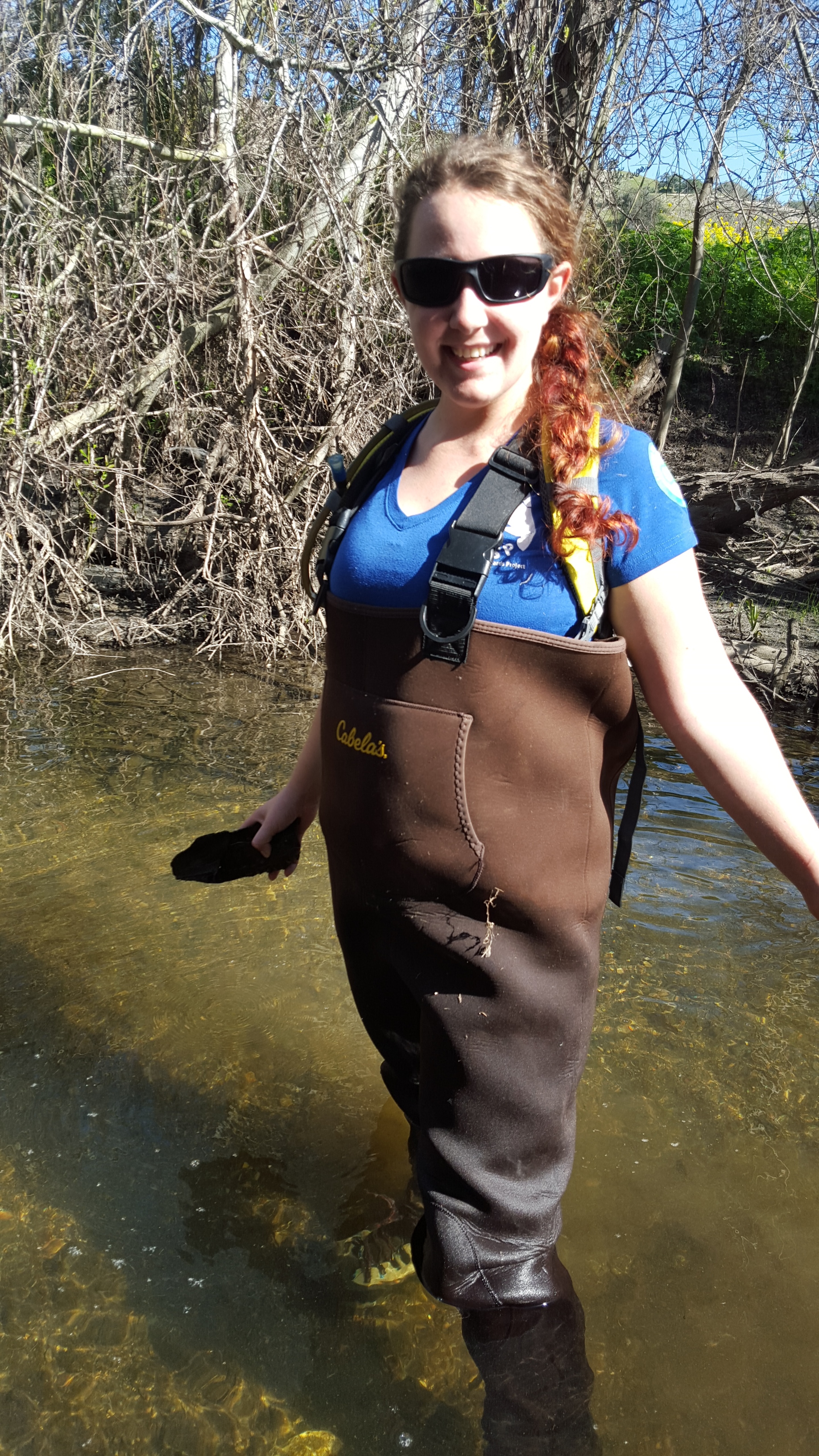 It’s March, and that means we’re right in the middle of the spawning season for our steelhead trout. Steelhead take the pulses of water flowing out from creeks after rain events as their cue to head upstream, so their spawning season coincides with California’s rainy season.

While El Niño hasn’t brought us the torrential rains that some predicted, we WSPers, have been going out into our local creeks every other week since the end of January, hoping to find ourselves some steelhead nests, or “redds”.

I’m originally from southern California, so I’m used to dry, dusty riverbeds that maybe carry a trickle of water after the biggest storms. Our creeks here in San Luis Obispo County are running lower than they should be, thanks to the drought, but they still have more water than I’ve ever expected to see in a creek.

If I ever thought I was a graceful person, going up and down the creeks has taught me otherwise. No one else seems to have issues, but for me it’s a wonder if I only fall once during a survey. We’re now about ten surveys in to our field season, and I think I’ve only just gotten my “creek feet”- and it’s a cause worth celebrating. Now that I’m able to look around instead of just always looking where I put my feet, I’m amazed at the unexpected things I find. 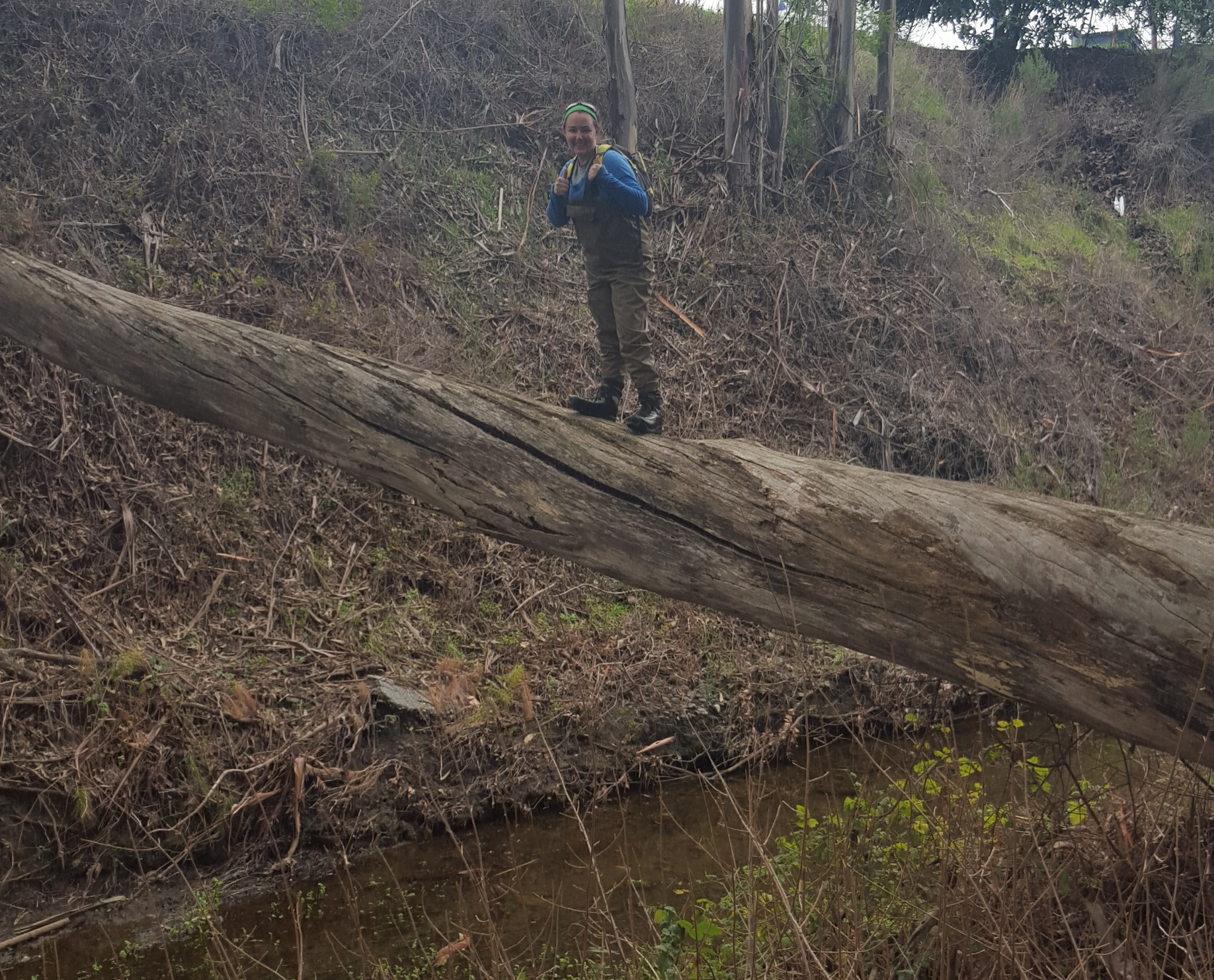 We’ve yet to see any redds (which isn’t that strange, with the low flows we’ve been having), but as long as we walk softly and don’t disturb the creek bottom, we see tiny fish darting in and out of the shadows. We see native pond turtles, trudging slowly along. Most of the time, we’re surrounded by birds twittering away. We see signs of human impact, too- bottles, plastic bags, even a washing machine- but even that can’t detract from the unique experience of being out in the water. Going into a creek is like rediscovering a lost world.

Collecting data and exploring one’s watershed at the same time