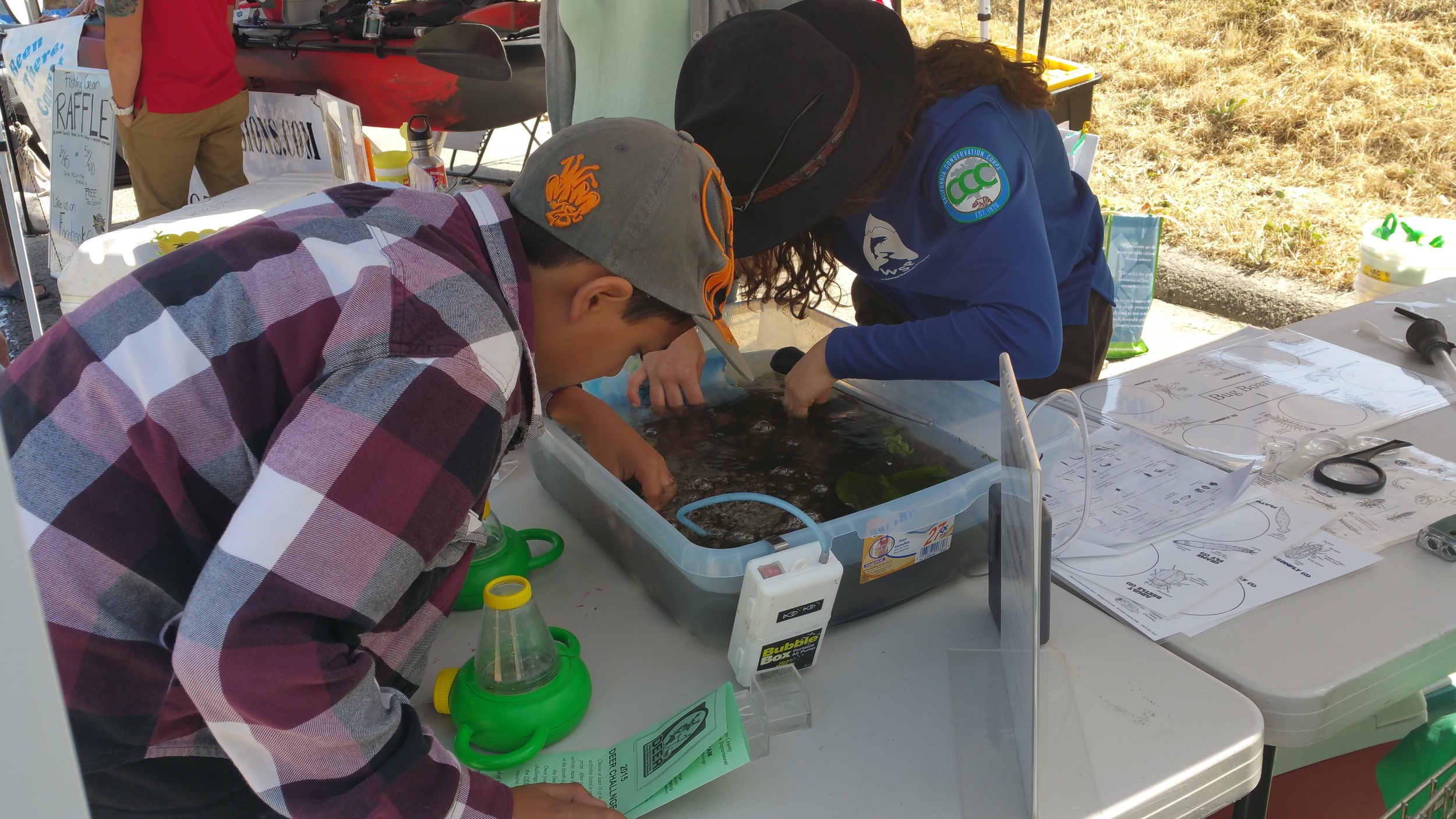 Fabulous weather with a slight breeze, fantastic live music, ziplining over your family and friends, participating in a color run, and discovering more about our awesome environment at numerous tables from various local nonprofits. Sounds like a great time, huh? As a new intern with Central Coast Salmon Enhancement, I helped table at the Outdoor Discovery Festival at Lopez Lake this past Saturday. I hope everyone had a chance to stop by the Central Coast Salmon Enhancement tent. This was my first time attending and definitely won’t be my last! The CSSE tent was a huge success as a parent confirmed when she told her child, “We’ve been at this tent over an hour and it’s time to look at other ones.” Yes, an entire hour and many faces became familiar as the kids came back for a second or even third time. The kids clearly enjoyed our table where they could perform a hands-on exploration of benthic macroinvertebrates (don’t worry, I didn’t know what that was at first either, but I’ll explain below), feed the real and model trout, learn more about the difference between a rainbow trout and steelhead trout, and finally ending in kids becoming “Watershed Allies”! 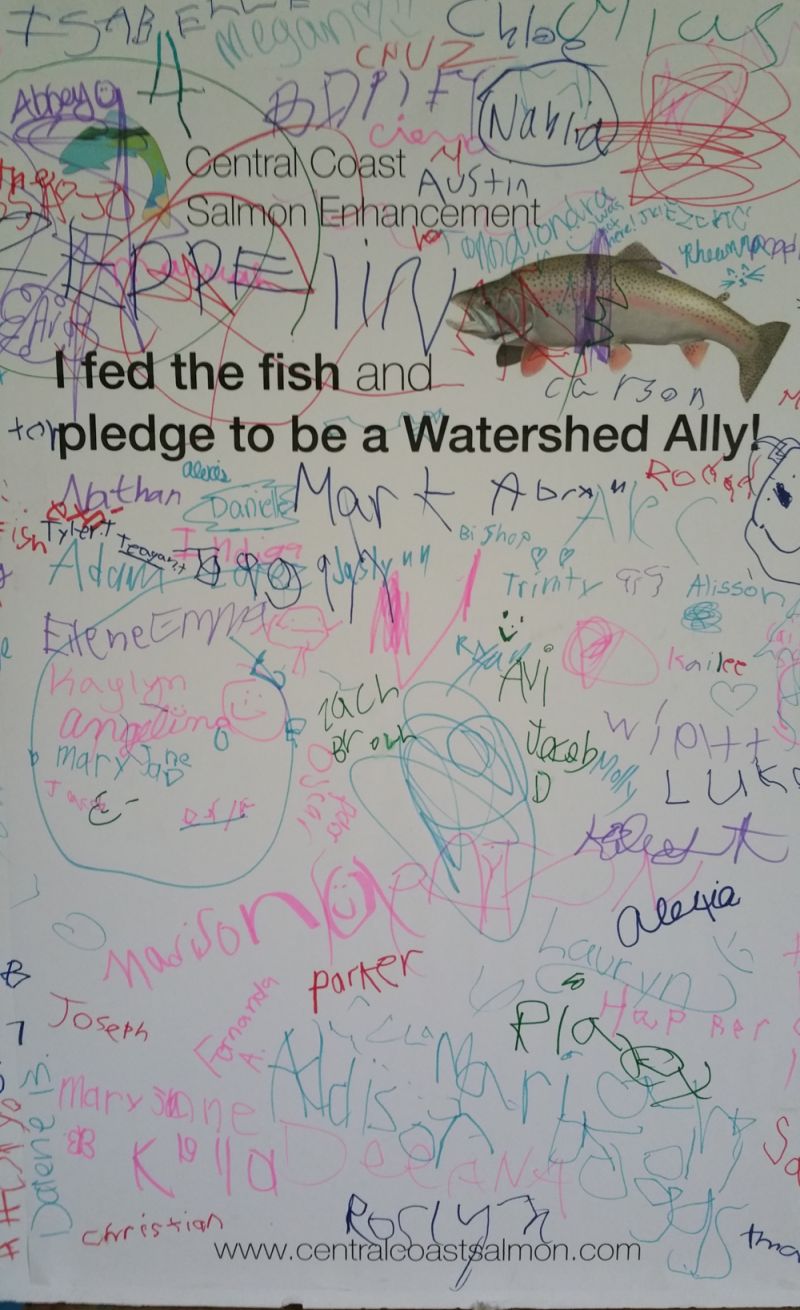 Now to explain benthic macroinvertebrates, betho means “living on, in, or near the bottom” and macroinvertebrates are organisms that don’t have a backbone and are visible without the use of a microscope. Not too complex, right? So once I heard Michelle, our Watershed Stewards Program intern, say that they didn’t bite then I had both hands in the bucket! Freshwater clams, mayflies, crane flies, snails, and snail eggs were just some of the few things that we all discovered together. It was a great way to connect with local creeks and learn more about what’s under the water’s surface that nourishes our rainbow trout. It was also nice to hear many of the kids say that they had already learned some of these things during our “Trout in the Classroom” program.

Another eye catcher at our table were the live rainbow trout and sharing the story of the 40 lb steelhead that was caught in the Arroyo Grande creek really fascinated people. While people were watching the live rainbow trout swim, the fake steelhead trout were busy munching down on food. The kids sifted through toy insects and pieces of trash, thus learning why it is important to throw their trash away and not litter. Once they threw the trash away, they chose toy insects and threw it into the mouths of our fake steelhead. Once they learned about litter and pollution, kids were signing their names left and right on posters, pledging to become “Watershed Allies”!

There was never a dull moment at the CCSE table and so I’d call it a huge success. I hope I see you all out there next year with your hands covered in benthic macroinvertebrates!

What’s it like to be a Communications Intern at CCSE?

I know they farm oysters in Morro Bay, but this is a different species. The native oyster.